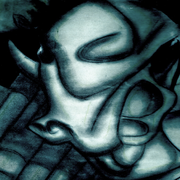 thanks alot for listening to the tracks!
Re Percussion:I used some Cinesamples 'Drums Of War' which is a small but great library of hugh generic percussion,it would fit into any style because its not specific or regional.
I also use…"

"Hi jeremy,
I really like the simplicity of your track Through the Wind,lovely stuff!
(must of been some gal!,...next time around say something.)"

thanks alot Jeremy,Ive added some new tracks and updated my info etc if your interested in a listen.
I have'nt checked in here for a very long time thanks alot for turning me back on to this great forum,talk to you soon! many thanks for the wondeful comments!

"congrats on the new library,when the Kontake versions ready I'll give the demo a try.

"I just got Voices of passion thanks to EW!"

yeah,I'm still waiting for that peice,man I need an air-conditioner for my studio..I'm melting.
Dean" 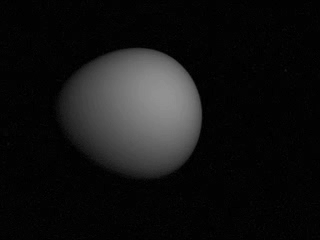 "Hi Rami,
thats great,If i can help in any way let me know
FWIW,I use one MacG5 Quad for everything without any problems.
Thanks again!
ps:I uploaded some new compositions today if you're interested,
Dean."

"Hi Rami,
I've never used PC's with sample libraries only Mac so I know very little about them sorry,if you check out Platinum pro XP at soundonline they usually give the specs required for PC's
3-4 Gb RAM would be better also Kontakt 2 is vastly…"

"Hi Rami,thank you!
theres no synths in this one,I created all the sound design/FX in protools from a waterphone sample ,but I know what you mean.
I agree re vocals,they are a little dominant,
I might mix a version without the vocals untill 1:02 and…"

"Hi Chris,how are you?
Thanks alot,I'm currently working on depth/space and presence in my compositions and this cue is a step further in that direction.
PS:Truestrike 2 is an amazing library.
Dean."
More…
Loading ...

Dean Valentine is a Dublin based composer/producer/songwriter,he has worked on multi award winning projects including the indie feature ‘Satellites & Meteorites’,short film ‘Up For Air’, 26 x 11min series ‘The Island of Inis Cool’ and the highly successful 65 x ½ hr animation series ‘Norman Normal(series 1,2 & 3.) Dean has been commissioned to compose for major production studios around Europe,Asia and USA, his other notable screen credits include the brand new big budget animation series ‘Noddy In Toyland’(Brown Bag Films),the score for this incredible 52 x 11min series was completed in 2009 and is currently airing daily worldwide. Another project of note currently doing the film festival circuit is the powerful and moving feature documentary ’Til The Tenth Generation’ Dir.Gerry Gregg- Praxis Pictures.(original soundtrack available on iTunes) Dean has just signed to SMA Talent UK/USA www.smatalent.com who exclusively manage his future Film and TV work. He also co-founded Dark Matter Sound www.darkmattersound.net with long time friend,Musician and business partner/Manager Mark Walsh,along with their back catalogue of Film and tv projects including many 26 /52 part series,features,documentaries and album releases Mark and Dean are also busy working on their latest project titled 'Tiny Robot' ...writing,performing and producing and EP of highly original and beautiful tracks featuring contributions from various vocalists,Due for release in early 2011.