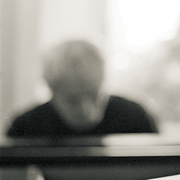 About Tom Szczesniak...Tom first arrived in Toronto in 1973, following a stint with the U.S. Air Force Band in Washington, D.C. Since that time, he has performed as a musician on the scores of over 100 feature films, numerous television shows (such as Earth: Final Conflict, Street Legal, The Road to Avonlea, Side Effects, SCTV, The Wolf Man Jack Show and The Jim Henson Hour) and over a thousand commercials. As a player, he has also been much in demand by some of the finest international performing artists, such as Gordon Lightfoot, Anne Murray, Esthero (arrangements û The Gold Album), Bryan Adams, Little Richard, KD Lang, Lenny Breau, Joe Williams, Marc Jordan, Marvin Hamlisch, Dan Hill, The Rankin Family, Dionne Warwick, Bruce Guthrow, Smokey Robinson, Bobby McFerren, Diahann Carole and Susan Aglukark as well as jazz greats The Boss Brass, Gil Evans, Thad Jones, The Cape Breton Symphony, Nimmons and Nine, Bruce Cassidy’s Hotfoot Band, The Canadian Pops Orchestra as well as performances for former U.S. Presidents, Lyndon Johnson and Richard M. Nixon. As a composer and arranger, Tom has used his writing skills to enhance a wide variety of cinematic, televised, commercial and theatrical productions, and has been an integral part of several highly-regarded music production houses, including Acrobat Music, Pursuit Communications and Larry Trudel Productions. Music is an essential element of any visual art form, and Tom’s compositions have enhanced and illuminated feature films, as well as animated live action productions such as Ruby Gloom, Franklin the Turtle (syndicated feature and four full-length features), Gerald McBoing Boing, Fraggle Rock, Sesame Street, Beetlejuice (the ABC/FOX Animated series), The Care Bears, The Adventures of Tintin, An American Tale, Alfred Hitchcock Presents and the animated CBS Series Ace Ventura. In 1993, Tom formed a company (along with the formidable, musical multi-threat, Ray Parker), Parker Szczmith Music, Inc., and since that time has been composing, conducting, playing and arranging under the auspices of this successful and award-winning company.