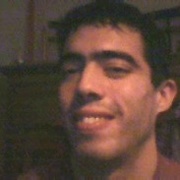 "Hey Aaron, thanks for adding me! :-) You're the man! How are you doing? Was listening to your latest album last week. Love it. Inspiring!

"Hi Josellyn, how are you doing? I'll check out your music when I get back home. Looking forward to it.

Thanks for your comment. I'm glad you like my work. I use a mix of live performance and samples, although I mostly use samples. Lazarus is a concertpiece which has been performed live. The "End Credits" of Paradise Regained is all…"
More…
Loading ...

There are so many...

BIOGRAPHY Composer Siddhartha Barnhoorn got into music when he was 17 years old. His first instrument was an old electric guitar. He learned to play it himself by playing along with the music of bands like Camel, Pink Floyd and Blind Guardian. After a year he started composing his own music using the guitar as his main instrument. In the first few years the main styles he composed in were rock and metal mixed with orchestral elements. He took a great interest in working with samples. With these samples he could create the sound of an orchestra. His main influences came from bands like Camel, Pink Floyd, Blind Guardian but also filmcomposers like John Williams, James Horner, Jerry Goldsmith and more.

Having worked with samples for a while, Sid composed his first concert piece in 2003: "Space Suite - The Undiscovered Journey". This was his first big epic orchestral piece which had a film music feel to it. After hearing a lot of comments about his music sounding like film and game music, he started thinking about actually composing for film. A friend of his got him into contact with an animator and gave him the idea to study music in Hilversum.

In the early years of his studies Sid was confronted with various new ways of composing and various music that was new to him, encountering electronic soundscapes, counterpoint, the Twelve-Tone System, the polytonal / contemporary techniques of Stravinski, Ligeti and Bartok, the beautiful sound of the Javanese Gamelan, African polyrhythmic music and medieval, other ethnic music and renaissance vocal music. The music of György Ligeti made a great impact on him even before he started his study. Ligeti’s instrumental soundscapes inspired Sid to compose very atonal music, using clusters. Experimenting with these techniques gave him a wider knowledge of form, structure and sonic detail. His concertwork can be described as evolving piece of music.

Sid took a great interest in ethnic music, especially traditional Japanese music. Through this music he decided to learn the shakuhachi, the Japanese bamboo flute. He took lessons from shakuhachi teacher and musician Kees Kort. Aside from the shakuhachi, Sid also took interest in various other instruments like the Armenian Duduk, the bouzouki (8-string lute), Turkish Ney and Soprano Sax to name a few.

Aside from composing for film and other media, Sid also composes his own (prog)rock albums and works in collaboration with other musicians and composers. His rock albums are usually mixed with electronica, orchestral and ethnic elements.