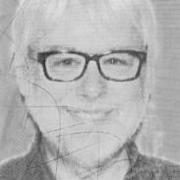 "Unfortunately, democracies have one very great weakness: the very freedom they so cherish ultimately is their undoing, as it permits those intent on restricting it, or even destroying it, free reign. For example, wishing someone a Merry Christmas…"

"I agree with those who argue that artists should shun the public dole. If they can't make their audience willingly pay to "consume" their art (a bizarre way to put it perhaps but true), then they must be content to derive what satisfaction they can…"

"I think that hope for "goverment support" comes from traditions of Europe and even of the past of Russia (Shostakovich time has its traces still in some people). Crowdfunding is quite known in USA, but less in Europe. For example, I did certain part…" 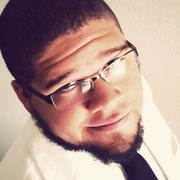 "Question:
how is that mode of thinking a sign that someone went to college? Because I know here in the south, and it may be different where you are, people who think that the government should pay for there things because they pay taxes isn't a…"

"This is a tricky one. On one hand if our governments help fund the musical arts we would have the recourses to reach more people, play more concerts, commission more works from up and coming composers who just need a chance. The Unfortunate side of…"

"Thanks for the comment!
You are right, I imagine myself the connection of music with high level spirit... how ever you would call it... in music you don't need to have words..."

"so... if i f follow, you'd be happy (happier...) with older styles of music being played, as long as the orchestra wore period costumes?

Uhm, yeah. I basically agree that a person should be educated outside of their field, whatever that field is.

The Renaissance in history, had the idea that you should have a broad range…"

"Have you read The Imaginary Museum of Musical Works by Lydia Goehr? I haven't read it but I've heard it summarized, she had some good points, similair to yours." 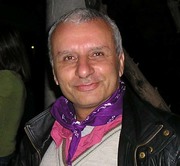 "This forum is discussing music technology; it can provide you with a feedback about your specific pieces, can give you brilliant recommendations about audio, MIDI, VSTi, harmony, notation, music form, texture etc. It is less likely that members of…"

"As for collaborations, we are open to suggestions and proposals. However, what we are especially interested in involves collaborating with composers who direct their own festivals or concert series and who would be interested to invite us to perform…"

"Hello Olga,
Welcome to the Composers' Forum. Your link contains interesting sounds and projects. Can you please specify what kind of collaboration you are looking for - it is not clear while looking at your site."
More…
Loading ...

Olga Krashenko graduated from the Saint-Petersburg Conservatory in 2008, having followed the classes of composition of Professors B.Tischenko and V.Citovich. Currently, she is completed this June 2010 her advanced studies in composition ("niveau supérieur") at the Ecole Normale de Musique in Paris, class of Professor E. Lejet. She was awarded a scholarship to attend the courses of the Ensemble Academy Freiburg (2007) and interpretation courses with regard to works by Luigi Nono with live electronics and with magnetic tapes given by the Experimental Studio for Acoustic Art (2007). She was also awarded scholarships to attend the Stockhausen Summer Courses in 2008 and in 2009. Another scholarship was awarded to her in order to attend the workshops of the Biennale of Venice 2008, including the Laboratory "Sensitive Space" with B. Furrer. In 2009 Olga Krashenko was awarded a fully expense paid residency to compose a new work for flute and electronics at the Studio Varèse in Paris. In April 2010, she presented a new ensemble piece in the master-class of the Paris based Ensemble Alternance. She was winner of the competition "Call for Scores" of the organization Sound Plasticity (Moscow, 2009) and finalist of the International Composer Competition IIC Melbourne 2010. She is currently a composer/performer member of the computer music ensemble "CLSI" in Paris. Her compositions were performed at 8 festivals in Saint-Petersburg in Moscow and Kiev. At concerts in Europe in 2009, her pieces were given their world premiere by such world reknown soloists such as Dimitri Vassilakis (Ensemble Intercontemporain), Cecile Daroux (Ensemble Itinéraire), Pierre-Stephane Meugé, Jacqueline Mefano (Ensemble 2e2m), Daniel Kientzy and Maurizio Barbetti.