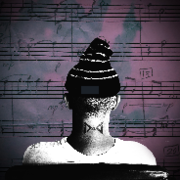 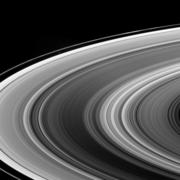 "Thanks for the suggestion!  I do use Finale, so perhaps I will try out NotePerformer."

"There is a considerable reduction for Dorico if you own a valid license for Sibelius or Finale.
Jos" 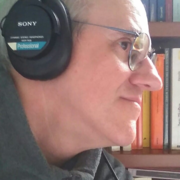 "This shall make me steer to StudioOne (and/or Dorico) when I'll upgrade to a more contemporary OS.And be back to classical composition and rendering in a easier way. Cheers!"

"To complete the discussion here, I now can add a formerly announced brilliant feature in Studio One: the Sound Variations. Roughly these are predefined keyswitches ofr a number of sample libraries, among which the one I use: VSL (only Synchron). But…" 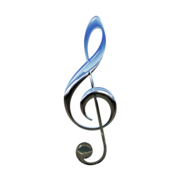 "Thank you Colin, I appriciate that. 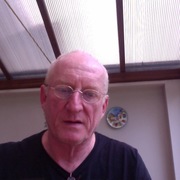 "Hi Dane
Just listened to this - catching up on stuff that I've missed. It's an impressive piece, no doubt. Certainly deserving of a performance by a good quartet. Words like "stark", "lunar", "austere" & "desolate" spring to mind when I'm listening…"

" Hi Saul
Just listened to this - certainly an enjoyable piece, lively, optimistic - a breath of fresh air given the current climate.
Colin"

"Comments from the old site have  been restored. I did a quick perusal and it looks ok. If you see problems, please reply to this sub-thread."

"I don't see a notation software in Reason. If you use Sibelius, Finale or Dorico you can purchase NotePerformer for about $130 USD which is a plug in that a number of us here on CF use. It doesn't require all the adjustments that standard libraries…"

"I'm using the Reason Factory sound bank from a rather old version of Reason (3.0).  I'm hoping to get myself a new DAW someday soon, but the process of transferring everything from Reason seems like it would be quite time consuming.  I don't know,…"

"Steven I don't think it's fair to call this a mostly failed experiment. IMHO society is a horrible judge of music; some works and composers are lionized and others ignored for arbitrary reasons so I think our (all of us) capacity for judgement is…"

"Thanks very much for your comments!  I really appreciate your taking the time to listen to some of this and give me such a thoughtful reply.
As for what I'm going to do with this, I suppose the answer is nothing.  I don't have the means of finding…"

"This is very impressive work Steven, you have set lofty goals for yourself here and I think you have largely succeeded.  To write anything of 40 minute length that makes sense is very challenging. I have only listened to the first movement, as Gav…"

"I, too, Ingo, but I really can't help getting galled by this practice of the user having to test the thing and devise workarounds because it doesn't work. There's no excuse. Ok, perhaps one or two bugs in an app are excuseable but not in a site…"

"I agree that Ning is a problem, with or without the upgrade which does add new problems. As Michael has pointed out we are safer however and that is certainly a good thing at least. We'll just have to see how this plays out pending Gav's decision.…"

"I'm sorry, I guess I should have just asked for comments on one movement.  I'll avoid posting multi-movement pieces as multiple links in the future.
"
More…
Loading ...

L.A. based music composer for games, movies, and shows. Specialized in horror, sci-fi and fantasy. Film music interested me at a young age. I am a fan who evolved into the composer. My collecting of soundtracks as a teenager led to studying music theory and composing my own works in high school. Years later, while pursuing professional composing gigs for movies, games and shows, I spend my spare time entering contests & creating commercial "concept soundtrack albums". Some are composed to actual movies as alternate scores while other albums are stand-alone works not composed to visuals and that tell their own story. The styles range from traditional ensembles to ambient, synth, atonal, minimalist, and electronica/techno.