"I just want to thank eveyone for thier input on this track! I've made a lot of progress and will post it soon. All your suggestions definitely helped! :) I'll be sure to respond to your postings as well when this crazy week of college finals is…" 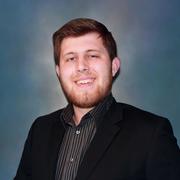 "Is that brass at the beginning, or a combination of strings? Either way it lacks the brightness and power that the rest of the peice has. I think overall it is a very good piece and perhaps see more victory in it than others, but I hear more of an…" 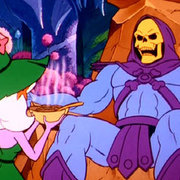 "It's defenetely not a victory song. It's sound like title screen or city or maybe even hope theme bot certainly not a victory theme. But it's a good composition for sure." 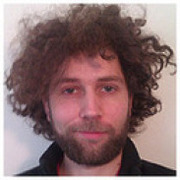 "The first thing I notice is that you track sounds like it compressed very much and the volume is just to loud so that some audio clipping happens. I would strongly recommend correcting this as it is a good composition.

As for the emotions you are…"

"Wow kevin this is really great work! (I gather this is more of a sketch then a final) I think your going in the right direction with this! haha I listened to it without even reading your entire post about what you intend this for, and I knew it was…"

"Hey Jon thanks for the reply! I'll take that into consideration as I continue working on it. I can definitely see what you mean as far as the "jubilance" level of the piece. I was trying to stray away from conveying full tilt ecstatic sounds of…"

"This is a breathtaking composition! I really can't put a finger on anything I would change, so I'll tell you what I think works well. First, the vibes and high piano have a great harmonic tone together, giving it a very feminine and fragile sound.…"

"Hey Jonathan, thanks for the reply! It's been a while since I've updated my music on this site so I've posted some new tracks on here and I'm trying to branch out and make as many friends as possible in the video game composing community! I'll be…"

Thanks so much for your comment. I'm glad you like my work. I thought it'd be interesting to add a techno type of riff to an orchestrated piece to convey a sort of sci-fi, other worldly feel to the Asteriod Field Theme. Its still a…"

"HeyJustin, just wanted to comment on, "In Dreams" I really like the sound. Especially the way the strings come in to accompany the harp and then the chior. Great work."
More…
Loading ...

When I was 8 years old my parents bought me a cheap keyboard with 50 tones. Ever since then I've been addicted to composing music. I started out playing by ear, picking out melodies in all the movies I grew up with, movies like, Indianna Jones, Star Wars, Back to the Future, Jurassic Park just to name some of the most influental. Upon the release of the video game Metal Gear Solid, I realized how much of a cinematic medium video games could be after playing through the game along with Harry Gregson Williams' epic score for the game. It was then that I decided to create scores of my own and pursue music productions for film and games as a career. I'm the type of person who sits down to watch a movie or play a video game and probably throughout the majority of the time pays more attention to the music than I do anything else. Music is a powerful medium, the most powerful in my opinion, with the ability to provoke the most true heart felt emotions, the ability to create riveting suspense, and heart-stopping drama. Knowing this, and having been blessed with a natuaral ability and urge to create music, I feel responsible that I convey my thoughts, my emotions, my visions, through music...and hopefully use my talent to inspire others.