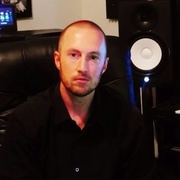 "Thanks, I agree! I still like it for a first track ever...not to shabby in my opinion. I didn't even know how to use a daw yet" 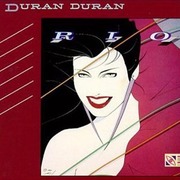 "Hi, I do not have experience about this genre and, personally, I would be in a very different mood if I was waiting for the rain, so I cannot talk about feelings.

I enjoyed the groove, I do not like two things: the snare sound is a little bit too…"

"Thank you very much I appreciate it. Jean-Michel George said:
Great ambient instrumental Justin. Love all those bass harmonics on top of the synthed bass :-) Not bowled over by the drum sounds (could just be the bass-drum and snare that are…" 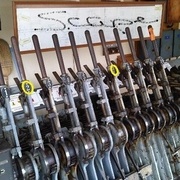 "Great ambient instrumental Justin. Love all those bass harmonics on top of the synthed bass :-) Not bowled over by the drum sounds (could just be the bass-drum and snare that are saturating ... possibly intentionally ?). Nice work"

"Excellent. I would purchase this IF you just get the tone better perhaps playing with greater dynamics and sustain, but the composition is beautiful I especially like the beginning. Great work. "

"Thank you Sir. I sincerely appreciate that. I hope to be able to compose for a living someday. "

"I like your work because it reminds me of movie scenes, which is good in my book. Keep it up. "

"Nice Work it has an "air" or "breezy" quality in my opinion."

"The "Tormented Genius" was not so much referring to myself as the visual the track gave me. As I stated a "Frankenstein" in his Gothic castle with a modern twist. The Drums are supposed to be straightforward and there sound is of a very high quality…" 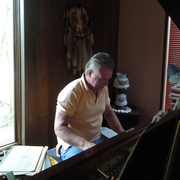 "Thanks you. At least your are looking out for your fellow musician. I appreciate it. roger stancill said:
Justin, if your going to survive, your going to have to let the 'technocrats'
have their say, without taking it so personally. Just…"
More…
Loading ...

My formal training in music began in the womb as my German born father (a classically trained cellist) would play the classical greats of Europe on my mothers belly. Even at Christmas time as a kid one of the things I would look forward to most (besides the gifts under the tree of course) was the music, my uncle Matt would always have a recently modified guitar or amp, or effect pedal plugged in and he would be jamming away to some great old tunes. Once I got a little older I would join him on the bass guitar. From the age of about 7, I was in the Santa Rosa children's chorus, church choir, and classical piano training at age 11 by Gary Skyrme of Stanford University. Shortly after I was turned on to a Jazz artist/ Film composer by the name of Stanley Clarke who played an Alembic bass which are made in the bay area where I'm from. I bought his CD "Stanley Clarke at the Movies" and I knew I had to have an Alembic, the sounds he was making with that instrument were unlike anything I had ever heard, and by age 25 I had one. I studied bass guitar under Even Palmerston of Elvin Bishop, and Jazz Band and Theory under Mr. Bennett Friedman who was a sax player for Frank Sinatra and Marvin Gaye for 30 years. It was an awesome experience. My Uncle Matt and I went to see Al Pacino live in LA in 2006 since we are both film lovers and when I got back I studied some theater for fun as I had a new appreciation for the art of acting after seeing an absolute master of the craft like Pacino. Considering my love of film and music, it was a no brainer that I would move into the direction of film scoring. I composed my first piece on the piano at age 12 and have been doing so ever since. It's what I love and it is the only work I want to spend my life doing. Music is my language and if you listen I’ll speak to you. -- Justin Link