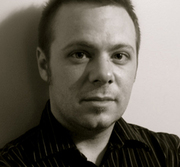 "No worries. And yes, the marketing side of things id the hardest and least pleasant part for me as well. Hopefully at some point in the near future you (as well as myself) find an agent that helps handle that side. 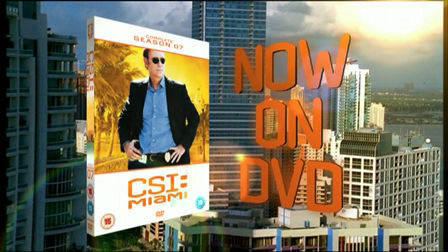 "Hi Martha, I noticed your comment on libraries. Here is a great website with links to tons! of libraries: http://musiclibraryreport.com/

It's a great primer for everything regarding licensing your music for television, film etc... royalties, even a…"

"Thanks Don! I'm really digging your stuff as well, I really like the intense action adventure feel you have going!

"Thanks so much for the offer, I would be interested in perhaps collaborating in the future... I didn't make the conference unfortunately, I'm actually finishing up conservatory this semester so I'm grounded in the US for now... Cheers~

Thnks, I'll be sure to listen to your stuff asap and get back to you, nice to meet you...

"Hi Luca, thanks. Please let me know when you arrive in Boston, it would be wonderful to meet up. Btw, you're guitar playing in Serenata per un'addotta (version for classical guitar) is phenomenal!"

"Thanks so much Wayne,

"I will be sure to check your page for new music. Thanks again and good luck!

Mostly I use Kontakt with different Kontakt instrument libraries. You should check out these kontakt banks, they are amazing - "Heavyocity Evolve", "Symphobia", for choirs I use "Voices Of The Apocalypse" (discontinued but perhaps…"

Justin Crosby's professional career began in 1993 when he joined Caroline Records recording artists, Drop Nineteens (1993-1995) as their lead guitarist. Drop Nineteens were one of a few US-based bands who styled themselves on England's distinctive shoegazer sound, taking their inspiration from the genre's most celebrated icons, My Bloody Valentine. The band would ultimately lead the UK Indie Album and Singles charts with formal releases after signing a record deal. Signing to Caroline Records (label home to Smashing Pumpkins, Hole and others), Drop Nineteens immediately garnered college radio airplay with their 1992 debut album, Delaware. The group embarked on several European and domestic tours. In his career with Drop Nineteens, Crosby performed in Switzerland, England, Scotland and across the US and Canada. The "Nineteens" led a 2 week tour of the US as Blur's supporting band, shared the stage with Radiohead, Flaming Lips and Mazzy Star at England's Reading Festival and headlined Lollapalooza's second stage in 1993. Since his career with Drop Nineteens, Crosby has composed CSI Miami's forthcoming Season 7 UK commercial/teaser & created loops for (Showtime Network's) Dexter's Season 4. He's produced commercial and independent scores that have been broadcast from Australia & Sweden to Japan, Mexico & the UK. Crosby has also licensed remixes of popular songs, as well as producing loop libraries for digital composers & still continues to work with Dexter's composer Licht creating loops, beds and editing for a number of forthcoming major projects including video game soundtracks and other popular film/television projects. He is a graduate of Massachusetts College Of Art & Design's Studio For Inter-related Media programwhere he graduated with academic distinction..