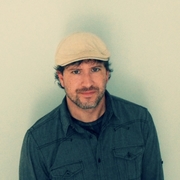 "Thanks for the add Portia. I can't wait to see your list!"

"I have no experience with it but I have strongly considered using the site https://www.createspace.com/. They seem to have a great set-up"

"I saw some of your posts in the forum and thought I would give you a link to a list of my favorite networking sites. Good luck.

"You are very talented Adrian."

"I haven't had any songs chosen yet, so I can't really comment."

"Great music my friend! Thanks for the connection."

"Have you tried out Humtoo.com? Producers post video there and you audition your music with the video, or compose to it. If you're selected, you may get some money."

""Must be sad" has a very nice chord structure. I enjoyed it very much. I would consider investing in a good orchestral sample library such as Halion Symphonic Orchestra and experimenting with layering the strings. Some real strings instead of synth…"

"Oh by the way, this is Jim. We have chatted before on other networks."

"beware of The Composers Collective! I just want to let you know it is a scam. You can check out my comments on it at - https://composersforum.ning.com/forum/topics/tcc-is-looking-for-film...

How are things going? Doing good here. Your new music is…"
More…
Loading ...

The Scientific Method is an abstract electronic music project by Savannah, GA based solo artist Jim Hughes. Refusing to be confined by the boundaries of any one niche, one of his unique characteristics is his ability to create very unique sets of instrumentation that can rarely be confined to one genre. While very hard to classify, his music could be compared to respected innovators such as Apparat, Ulrich Schnauss, Burial, Telefon Tel Aviv and Tycho. At the same time avant-garde and addictively catchy, soothing and dissonant, the Scientific Method merges both musical genre and brain hemisphere. Immersed in music culture since the early age of four and classically trained as a multi-instrumentalist with intensive focuses on drums, clarinet, guitar, bass and vocals, his sound exhibits an interestingly organic quality. His music fuses the classic orchestral vibe with glitch, IDM, and progressive elements that seem to appeal to not only the electronic crowd, but also manages to entice many other types of music fans as well. The Scientific Method’s first album “Digital Nonsensical” was an attestation of this broad musical training on one hand, and love of all things that make a racket on the other. Continuing the strange evolution of Jim Hughes’ work is the upcoming EP “Fighting Sleep”, his concept album based on the “party until the sun rises, and then party some more” ethos of modern electronic and indie music fans, which is due to be released on March 31, 2012. For more information on The Scientific Method, please visit www.scientificmethodmusic.com.