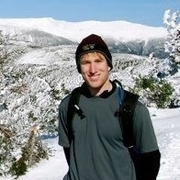 "Great melodies! The instrumentation is all very nice, some lovely chords in the brass (minor iv chord - major I chord is my favorite- very romantic). My one suggestion is this piece doesn't develop much. You might consider changing tempos or time…"

I've also been listening to some of your samples, and I first noticed how well you've mastered the GPO sounds. The ideas you present in "The Person in the Mirror" and "Driving Forward" are truly unique. Keep it up!"

"The music department here is great! All the professors here are wonderful and I've learned a lot in such a short amount of time. I'm taking composition lessons with Andrew Boysen and Chris Kies, both providing me with a valuable education in…"

"You're asking the right person, I went through the exact same process you're considering going through, and it really comes down to two questions: how much are you willing to spend (on both EWQL, and on a new computer)? And how much time are you…" 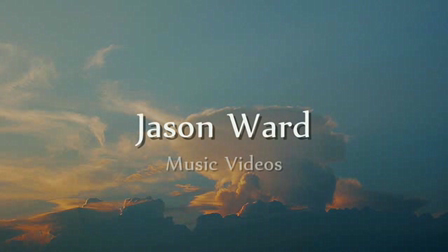 "Thank you! I also had a listen to your music- I love the melodies with arpeggiation in the piano- very moving and ethereal. I could picture this in an adventure-like setting in a movie or videogame. Keep up the good work!"

"hmmm...that is interesting! Not sure how that happened, but I'm sure it was terrifying! Thank you for the feedback. I listened to your string piece, Rondo and loved it. Every part has something interesting going on, and there's so much thematic…"
More…
Loading ...

Jeff Heim earned his B.A. degree in music theory from the University of New Hampshire and has studied music composition under Andrew Boysen, Jr., Lori Dobbins, Michael Annicchiarico, and Christopher Kies. He enjoys combining his formal classical training with his experience working with midi sequencers and virtual instruments to create large-scale orchestral soundtracks for film and game developers. His latest works include collaborations with NYU film student/director Jon Truei on many short films including “Wheelchair Tango!”, “Whatever Happened to Amelia Earhart?”, “True Accounts of Supernatural”, “Veggie Straws”, and “Frank McCuff: Police Force Vigilante”. In addition to composing music for film, Jeff is currently involved in a collaborative effort to score music for an online board game called “Underverse”. Jeff began composing music as a hobby at a young age, using his background in trombone and piano as a vital tool. During his high school years, a new passion for film music (combined with his experiences playing trombone) inspired him to begin composing orchestral music. A major turning point in his early career as a young composer occurred during his Sophomore year at UNH when he first got his hands on some new orchestral samples and a midi sequencer, enabling him to compose realistic large-scale orchestral pieces using only a computer. He would devote hours at a time creating new orchestral pallets and fine-tuning and balancing midi instruments to work with on his compositions. Jeff currently resides in Dover, New Hampshire where he enjoys playing trombone and piano, hiking, bicycling, spending time with friends and family, and watching movies. He often finds new inspiration from childhood experiences by the ocean in Rockport, Massachusetts, hiking in the Appalachian and Rocky Mountains, and from his experience studying abroad in Italy.