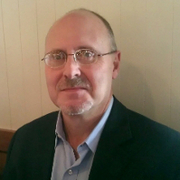 "Hi Gav, thank you for your kind review!
All the best,
Gene"

"I find this pleasant! Thanks for sharing"

"Hey Michael, sorry it took me a while to respond. Went on a little vacation, and now getting caught up.  I wrote the melody some years back and intended on making it a vocal, but just couldn't come up with something I was happy with.  I recently…"

"Hey Tyler, I found these memorizing and a little haunting in the piano part. The vocalist was superb.  Good job!
Gene"

"Thanks Fredrick for your kind feedback!  Yes I could have probably gone either way with intro or not.  Flip of the coin! LOL
Thanks again,
Gene"

"Nick,  There may be an audience for music like this, but I have to assume a very narrow one.  I could not pick up on the motiff.  There seems to be too much jumping around from idea to idea and nothing that connects them together.  Too many time…"

"Bob, I would be glad to send it to you.  How do I use private e-mail on this site?

"Tom, you could abruptly bring the last section of ostinatos to a halt, contrast it with a quieter section for 8 bars with either  high woodwinds or a F horn(s) in the upper register, then build back to the intensity of the ostinato from first…"

"Lawrence, overall I enjoyed the piece.  Nice phrasing and overlap of different instruments to carry the melody.  Only suggestion I can think of to offer some contrast would be to incorporate an Oboe or English Horn solo (for just a few bars)…"

"Hey Lawrence,
Tijuana or bust!  LoL!   Your perception on the structure of the piece is right on. Also, I wanted to make sure I gave the Castanet player something to do and not fall asleep!   I greatly appreciate your comments.
Take care,
Gene
" 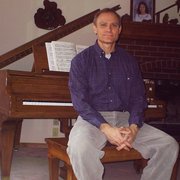 "Gene,
The piece gets better as it goes on.  I hear three sections, the opening matador section, the Spanish dance, then a combination of the two at the end.  I thought you over did the castenet sounding thing at the beginning.  This makes me…"

"Hey Bob,
Actually, I'm not a keyboard player!  I do use the keyboard to work out melodic lines and block chord progressions to get ideas on paper the old fashioned way.  I then use Sibelius to begin laying out the score notation.  I actually wrote…" 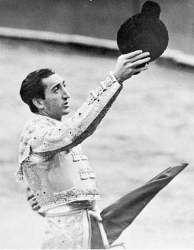 "O.K., let's try this again!
I wrote this Spanish piece called El Matador Mas Grande (The greatest Matador) for Symphonic orchestra and solo Bb Trumpet.  It was inspired by the story of Manolete, considered the greatest Matador of all time.  He…"

"Johan, thank you for your constructive feedback & advice.  I agree with your assessment of Sibelius sounds. I really would like to add something like east-west orchestra sounds at some point.  I was aware of Note Performer, but right now living on…"
More…
Loading ...

I am retired from the business world due to disability and have begun to use my free time to get back to composing. I began music training at age 12 playing trumpet and continued to do so professionally for 25 years. My first band director Kenneth Henderson was a published composer of over 100 works of symphonic band music, mainly aimed at the school band/education sector market. I became interested in that as well and he took me under his wing as a mentor to which I am very grateful. I wrote my first band arrangement in 7th grade and continued to write a variety of music. In my senior year of high school I played in both the orchestra and concert band as principle trumpet and composed an orchestra arrangement of Sammy Nestico's "Portrait of a trumpet" written for piano and trumpet. My director liked it so well he included it in our spring concert performance with me playing the solo trumpet part. I write both instrumental & vocal compositions. I've never been published but have had my works publicly performed. I also had the good fortune of meeting with Alfred Reed on several occasions. If you don't know who he was, he was the most prolific composer of band and orchestra music in the 20th century. When he passed away around 2005, he had commissions for compositions to keep him busy for another 20 years! He was a very interesting person to talk to and to learn from. He once told me that he made over 1 million dollars for his most famous work; Russian Christmas Music! I am looking forward to receiving any constructive feedback on works that I post to this site. I use Sibelius 7 for composing, and Reaper and Audacity for mixing & mastering (which I am trying to learn!) I am excited to get to interact with fellow like-minded people here. I am currently a member of the College Music Society. Much success to all! Gene