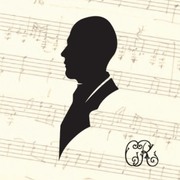 Corrado Rossi was born in Bergamo and graduated in piano dedicating himself at the same time to the composition of both classical music (soundtracks and piano solos) and electronic music. He played in several music groups (Classical, Jazz, Funky, Jazz-Fusion) for years and had some concerts of Classical music and Piano solo improvisation. He made some transcriptions of famous Jazz pianists solos for an Italian book of Jazz music. His passion for home recording and his research into the beauty of sound and arrangements, led him into the ambient genre where he has created a very personal style in which electronica blends with piano and orchestra and a clear melodic line is strengthened with chill-out rhythms. His first CD “Corrado Rossi” which came out in 2006 is predominantly an ambient style album, but it also contains a number of electronic soundtracks and tracks with just piano and orchestra. The CD contains 15 enchanting tracks! In 2007 he published his first Neoclassical CD "Waitings", a collection of his Piano solos and Piano & Orchestra compositions. This year he released the Album "Constellations", inspired by the music of well-known band "The Alan Parsons Project" in a great collaboration where musicians from Germany, USA, Australia, UK and Spain were involved. Actually he is still working on his second Piano solo Album with new compositions that will be released at the end of this year. All his productions are available on CDBaby and iTunes, but also on IAC and Soundclick. Musicians cho have inspired Corrado Rossi are to be found amongst the leading composers from the 80’s such as Mike Oldfield, The Alan Parsons Project, Jean Michel Jarre, Chick Corea and Pat Metheney, along with other great pianists such as Keith Jarrett, Michel Petrucciani, Brad Meldhau and Dave Grusin.