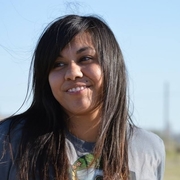 With no solid musical background in my childhood I became madly in love with the classical-era music in my adolescence and then I developed a strong desire for composing, watching carefuly every major composer. I received private lessons from an old violin teacher who also composes choral music. He prepared me for joining the main musical University from Romania (Bucharest) and by finaly studying music in a school I opened my eyes wide for knowing as many musical languages as I could and I am still doing this. For the moment I teach musical education in middle school and I create songs and carols for the children and the choirs I occasionaly make with them. I also write from time to time choral music and vocal-orchestral. I am also passionate about the orchestral sound, dreaming that someday I might write something for a real orchestra. Personally I find myself and the musical world around in a crisis regarding the musical language. My problem is that I can't figure for the moment any new style that I could create that would serve to anything in this era which is so rich and at the same time so poor (in comparison with the last four centuries). I am a conservative type regarding the writing of the music, I will never give up on the tonal language (or those related to it) and the traditional instruments, I cannot accept for myself and for the world the strange avant-garde with the atonal music and the other crazy ideas (I think about Cage's 4′33″). This would be such a minor problem, but my big concern is that the Western Pop music drove the world crazy: to give just an example, I hardly find one or two among my students who finds academic music relevant, they just are blinded by the modern rhytms, that any music which lacks in such beats, offbeats and syncopes is not attractive for them, and I think this is a worldwide problem, not just in Romania. I hope I will find friendly people among the composers on this site and I thank you for creating and taking care of it.