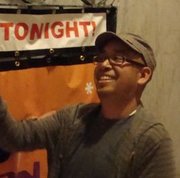 "Violin:  Tchaikovsky!!! Korngold, Barber, Prokofiev 1, Tzigane by Ravel, Bolcom, and of course, Mozart 3-5, Beethoven, Mendelssohn and Brahms.  The new one by Jennifer Higdon is very enjoyable.

Piano:  Khachaturian was a lot of fun to perform,…"

"Bravo for discovering your need to tap into your emotions for your music!

"E minor and G minor are a good starting point for exploring the possibilities of bi-tonality.  The pitch "G" can be exploited as a pivot between the two keys.  Also, "A," "C," and sometimes "D" are possible as points of convergence.  Once you get…"

"dude, so lucky, I wish I knew a member of the san francisco symphony. I am so jealous (also, if this isn't already posted on your profile, post it there :D )"

"Mozart would be all about the AutoTune lol j/k

"Hi Doug, yes I would like to create a blog and share my experience with Water Music :)  How are you?"

I really enjoyed your piece :)

I am guessing that the music was engraved using an old version of Finale.  The note spacing could be changed to be more legible and the first couple of pages could probably be pared down with…" 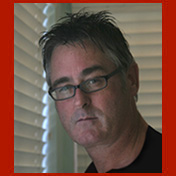 "Welcome to the Forum!"

My artistic mission is to hack into reality. The End. Abraham Fabella is a composer, keyboardist, conductor, and teacher living and working in Southern California. He has graduate degrees from the San Francisco Conservatory of Music (M.M. in Composition, 2004) and the University of California, Riverside (M.A. in Music, 2001). His undergraduate degree is in Music Education from La Sierra University. He also received post-graduate training at the University of California, Los Angeles. Mr. Fabella has studied composition with Byron Adams and Conrad Susa, piano with Kimo Smith and Hellen Diaz Juman, choral music with David Conte and Ruth Charloff, and advanced musicianship with Sonja Neblett. In addition to his work at All Saints' Episcopal Church in Riverside, he is a highly regarded collaborative artist who has worked with soloists, chamber ensembles and institutions such as The Colburn School (Los Angeles), The Celestial Opera Company (South Pasadena), Casa Italiana Opera (Los Angeles), The Academy of Ballet (San Francisco), UCR and Arlington High School (Riverside). As a keyboard soloist he has appeared under the batons of Grant Gershon (Director, Los Angeles Master Chorale), Jon Robertson (Director, Redlands Symphony Orchestra), Ruth Charloff (Director, UCR Orchestra), Barbra Favorito (Director Emeritus, La Sierra Wind Ensemble), and Jing-you Lou (Former Director, Riverside Community College Orchestra). In the summer of 1996 while still an undergraduate, he traveled to Beijing, China and gave a televised performance of Gershwin's "Rhapsody in Blue" with the Beijing Symphony Orchestra. He has won top prizes in the Redlands Bowl Young Artist Auditions (1997) and the Vera Yin Sheng Piano Competition (2001). As a composer, his works have been premiered by soloists, chamber musicians and large ensembles such as Schola Cantorum San Francisco, SFCM New Music Ensemble, UCR Orchestra, UCR Chamber Singers, International Praise Strings (Redlands), and Lontano Music Group (Pasadena). He is a member of ASCAP and the American Composers' Forum. His music is published by Yelton Rhodes and Fa Bella Music Publishing. In 2009, his solo English Horn piece, "...And After That" was recorded by local artist, Ryan Zwahlen. Future projects include a recital with long-time collaborator and mezzo-soprano, Marcela Pan, at the Brand Library in Glendale in the Fall of 2011 and the production of a recording of works for solo keyboard (1998-2011) which will be scheduled in early 2012. Mr. Fabella is an independent private instructor of piano, organ, voice, conducting, and composition. He has taught students of all ages (5 years to adult) and all backgrounds (recreational learners to university music majors) both in private and classroom settings.