This piece was inspired by a walk past a park in town one summer night with entertainment activities just closing down. The first ideas were done in coloured pastels.

It was also tangentially set off by a post from another member, Andrew Gleibman, who posted a topic titled “Music Polyminiatures”

While this work doesn’t fit with his ideas in full it has similar properties: it’s quite short; no tune beyond a few motifs; through composed and relies on contrasts in the tessitura/registers of instrumental groups; sustained veils of sound punctuated by rhythmical outbursts usually brass; the time signature is arbitrary.  Texture is generally thin.

If I were to submit it to our BBC I’d rationalise the score a little. (Not that I think I’d stand a chance now the BBC has gone woke but things may change.) I can't imagine our County Orchestra playing it - but it's the way my music is going.

One problem with the engraving is that this wretched notation software can’t “change voice” with a tuplet without making a right mess. So there are points in the brass with 2 voices on the same staff in triplets that I’ve left as chords rather than tails-up/tails-down. I’ll deal with that later. Also I set out with two trombones but in earlier bars wrote for 3. Something else to sort out.

NB: A CORRECTED VERSION OF THE FULL SCORE NOW INCLUDED.

Critique is always appreciated and gratefully received, good or bad. Many thanks if you've listened to even part of it. 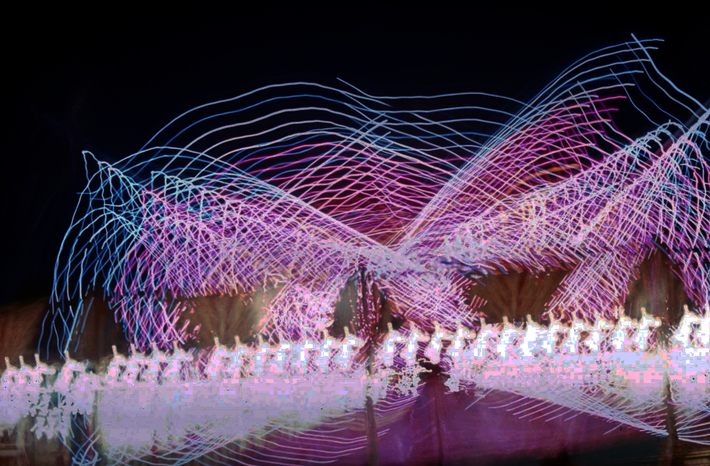 It starts fairly quietly so please keep the volume down.

Two versions of the score, the lower one has unused staves removed after P1.