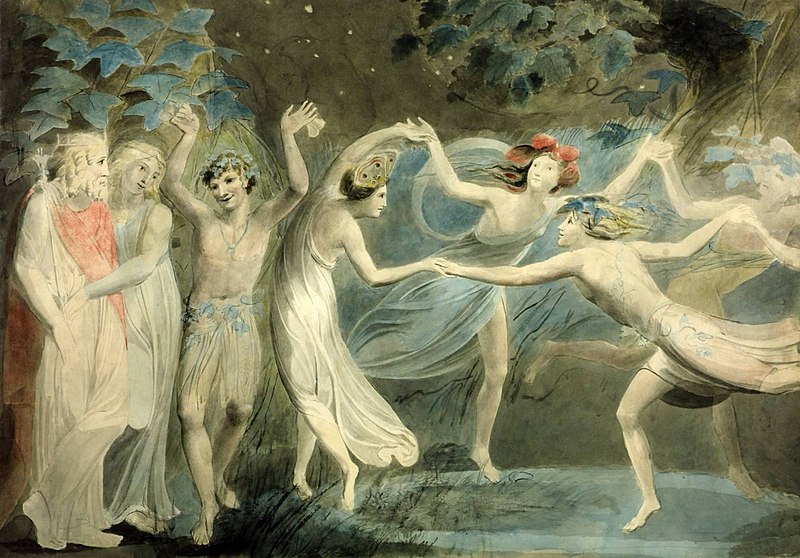 Sound file and score at:

Sound file only at:

PROGRAM NOTE: Fairy music, wrote folklorist Redfern Mason in his The Song Lore of Ireland, “is music of a perilous fascination for mortals. He refers to “its delicate aroma, and says that it has also about it “something dreamy and hallucinatory, as though the notes were of ivory or mother-of-pearl. "

This composition attempts to capture something of those qualities by interweaving passages original with the composer with adaptations of airs considered in Irish folk traditions to be fairy music. The first of these is adapted from a fiddle tune printed with the title “The Fairy Reel in the April 1904 issue of The Journal of the Irish Folk Song Society; the other two are variations on airs included in Mason's book with the titles “Monday, Tuesday, Wednesday and “The Song of Oonagh. “

PERFORMANCE NOTE: Rehearsal marks have been used to indicate the alternating passages of original composition (A-B, C-D, E-F) and those adapted from the airs mentioned (B-C, D-E, F-end.) Though the piece may be performed as written, the composer offers the following suggested possibilities.  The former passages may be performed as freely as wanted,with embellishments and even improvised additions ad lib. The latter passasges should be performed closer to as written, but minor ornament such as grace notes or trills may be added sparingly ad lib. Fairy bands according to tradition fade away with dawn; the long diminuendo at the end is meant to suggest this.

The sound file was created with software as a demo.

There is some discussion of the first tune included in this piece on TheSession web site.

Please note that while this composition is partly based on traditional melodies in the public domain, this adaptation of them is an original creative work under copyright.