I've been quite busy. I've composed 4 pieces in the last week, one of which I'm more proud of than the others. Although, I will include all of them that I have completed. My most inspired piece in my humble opinion is Accretion Disk, telling the story of the formation of an accretion disk (hence the name) in outer space. Inspired, in part, by Interstellar, although I haven't familiarized myself with the soundtrack to avoid cognitive bias. For those that don't have degrees in cosmology and therefore don't care about such things: 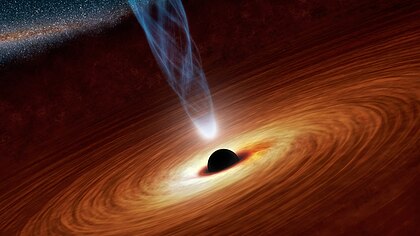 Three Sheets to the Wind - a test piece I wrote for the new Lacrimosa Choirs by 8DIO that the boss bought for me...

Tear it Down- a work that has no specific inspiration, though is mostly inspired by the Dark Knight music

and finally, Inamorata - a short piece written about the pensive love for a woman.

As always, all comments and critiques are welcome. I know some of this (particularly Three Sheets to the Wind) may seem uninspired, or perhaps derivative. This is by design. I'm still finding "me" on paper as a young composer. I find that composing music like that of my greatest inspirations helps me be inspired. But I do look forward to your thoughts and opinions.